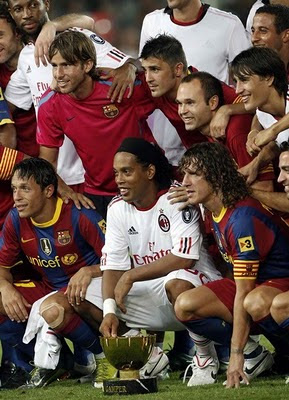 I don't want to natter too much about the footballistic aspects of the match, because there was much more than just football going on last night. I'll just touch up on some highlights:

It didn't take David Villa long after his debut to score his first Blaugrana goal, a super strike off of Adriano's beautiful assist. He's clearly at home on Barca, hooking up easily with the rest of the players on the pitch, and true to his word that includes Ibrahimovic. They were surprisingly great together and Ibra is generally looking much better than last season, which makes the Milan transfer speculation that much more uncomfortable.
Bojan's game is also looking loads better this season. He was alert and ready throughout his time on the pitch, with great pace and positioning and great effort in front of the goal. I'm really glad, but I hope he won't be spending another season on the bench. I know we have a superfluity of strikers, but Pep's got to work out some kind of rotation plan because Baby Bo is totally wasted on the bench.
Pinto is like some sort of penalty-saving whiz. Seriously, his instinct is incredible when it comes to saving those shots, and it's a wonderful asset for the team. I'm glad we have him as our back-up keeper. And while we're on the subject of penalties, where the hell has that rocket blast of a strike from Thiago been hiding? Coolest penalty I've seen in a while, and he was pretty fine during the match as well. Man, B-teamers can get me so excited.
A few more notes: The new Liga ball sucks, the red sub shirts with the Catalunya stripes on the sleeve are awesome, and that was a killer goal from Filippo Inzaghi. I've always had a weak spot for that guy, rock on Pippo!
And now to the man of the moment, Ronaldinho... what a welcome he received on Camp Nou! It was pretty incredible and emotional having him back there: the tribute video; the ovation he recieved; his shirt saying 'Barca te amo", "Barca I love you"; him sneaking into Barca's team photo at the beginning and then posing with them with the trophy at the end... him and Puyol trading shirts, and Puyol calling him over to hand the trophy to him after he'd lifted it... the reunion with him really was special for the team, it was a really special night and I loved every minute of it. Laporta being there was pretty cool too... I'll cap off with some of Ronnie's post-match comments:
"This was the best moment of my life. This was impressive, I love Barca and that's the best feeling there is."
"Messi is my little brother... the video? Emotional. certainly sharing the image with the whole stadium."
"Was this my final goodbye to Barca? No, there's still on thing left to do."
Now what does he mean by that?
. 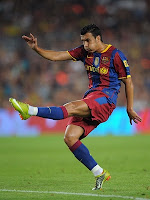 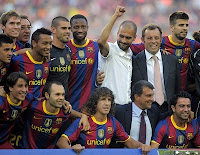 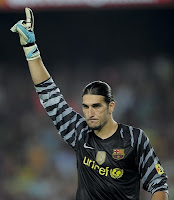 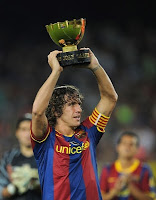 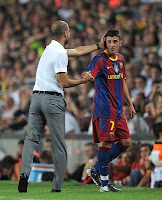 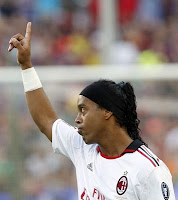 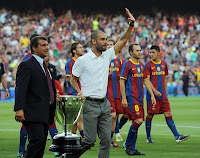 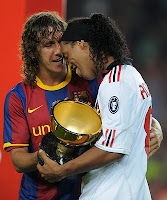 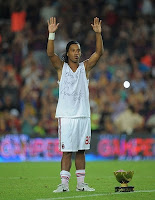 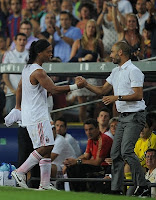