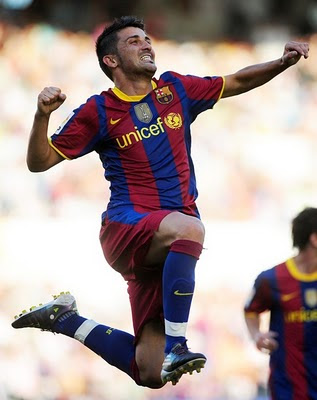 Barca’s Liga opener ended in a 3-0 victory away, a fabulous way to kick off the season, with goals coming from the usual suspects: Messi, Iniesta, Villa. Okay, maybe Iniesta and Villa don’t classify as regular scorers for Barca the way Messi does, but from the looks of things, they’re well on their way.

David Villa was born to play on Barca, that much is clear. He clicks perfectly with his new teammates, and I don’t just mean the fellow Spaniards who he’s already used to – he’s equally brilliant with the rest of the team, as if he’s been playing with them for ages and not just a couple of matches. It’s like he was designed specifically for Barca, or Barca was built specifically for him, as I always pictured it would be. This is what I’ve been rambling about for the past year when I continually insisted that signing Ibra over Villa was the wrongest move ever;, that Villa would fit in at Barca better than Ibra ever would. Now I’m totally glad that finally Villa is here and Ibra is gone, but it just sucks that it took a truckload of cash and a year for the club to realize it.

David’s game and his goal were totally brilliant, but even more brilliant was the goal that came from Andres Iniesta. Taking that shot was a stroke of genius, and I almost can’t believe how it went in. It was just incredible. Iniesta is evolving so much as a player, from every aspect, just blowing me away again and again with everything he does. His goals are coming more frequently, each more beautiful than the last, and he isn’t skimping on the cool assists either, proof of that being his fabulous that set Messi up for the opening goal.

Which brings us to the marvelous Messi, every bit as marvelous as he ever was and more. There’s no stopping this guy, he’s an irrepressible force of nature with no limits at all; just having him on the pitch is practically a guarantee that he’ll be amazing and score. He’s always alive and alert and excited, playing the game with all the happiness of a ten-year old kicking a ball around a schoolyard with his friends, and doing it brilliantly, beautifully. He’s not only the best at what he does, but he does it with a pureness that never fades away.

There couldn’t have been anything more to ask from last night’s match. The team is off to a great start, with great performance and promise all around. 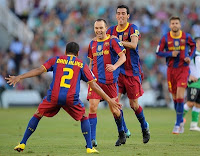 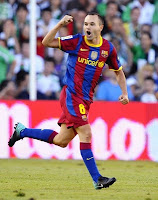 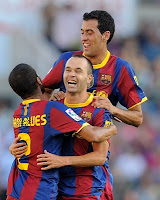 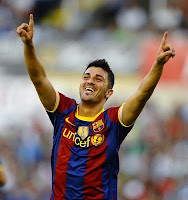