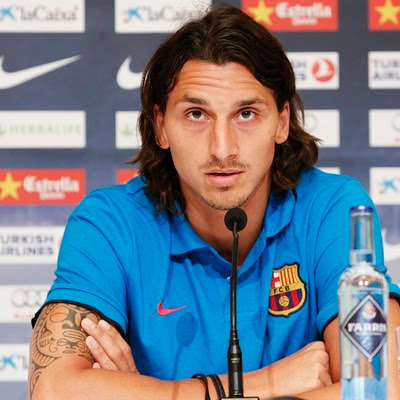 Zlatan Ibrahimovic, who apparently has a strong disregard for belts, yesterday gave a press conference in which he announced that he'll continue to play for "the best club in the world."

Zla said that he never spoke with any of the clubs that he was linked with over the summer, and went on to thank those clubs and the media, saying that he considers it "free publicity."
As for the questionable issue of his spot on the squad now that David Villa is here... at the end of last season he said, if I'm not mistaken, that the day Villa joins Barca would be the day he leaves. Well, looks like he's had a change of heart. 'He's a great signing. I'm happy he's here because he is one of the best in the world," Zla said about the Spanish striker. "We will be stronger and we'll have more opportunities to win.''
.
Our skyscraper swede isn't worried about Mourinho coaching Real Madrid either. Mou may be "an expert at taking teams to the top", but as Zlatan reaffirmed, "we are the best team in the world."
. 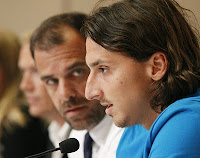